Born for love, but also fight for love.

In these images, you will see the most charming appearance of love.

At this time of the year, the annual gay parade will dye rainbows in the streets of cities around the world, across the world, people will gather in the streets to parade to celebrate and inspire the LGBTQIA+ community.

On June 28, 1969, a police raid occurred at the "Stonewall Bar", a gay bar in Greenwich Village, which ignited a series of protests by the gay community, the "Stonewall Riot." Fast forward to 12 months later, to commemorate this event, the "Christopher Street Liberation Day" was launched, a parade that started in Washington Square Park and ended in Central Park. Since the first gay parade in New York on June 28, 1970, this event has entered its 51st anniversary.

Although the COVID-19 epidemic has affected the 51st Anniversary of Gay Pride, many people continue to speak up on social media, shining on the LGBTQIA+ community. Vogue selects the beautiful moments captured in gay parades around the world for decades. 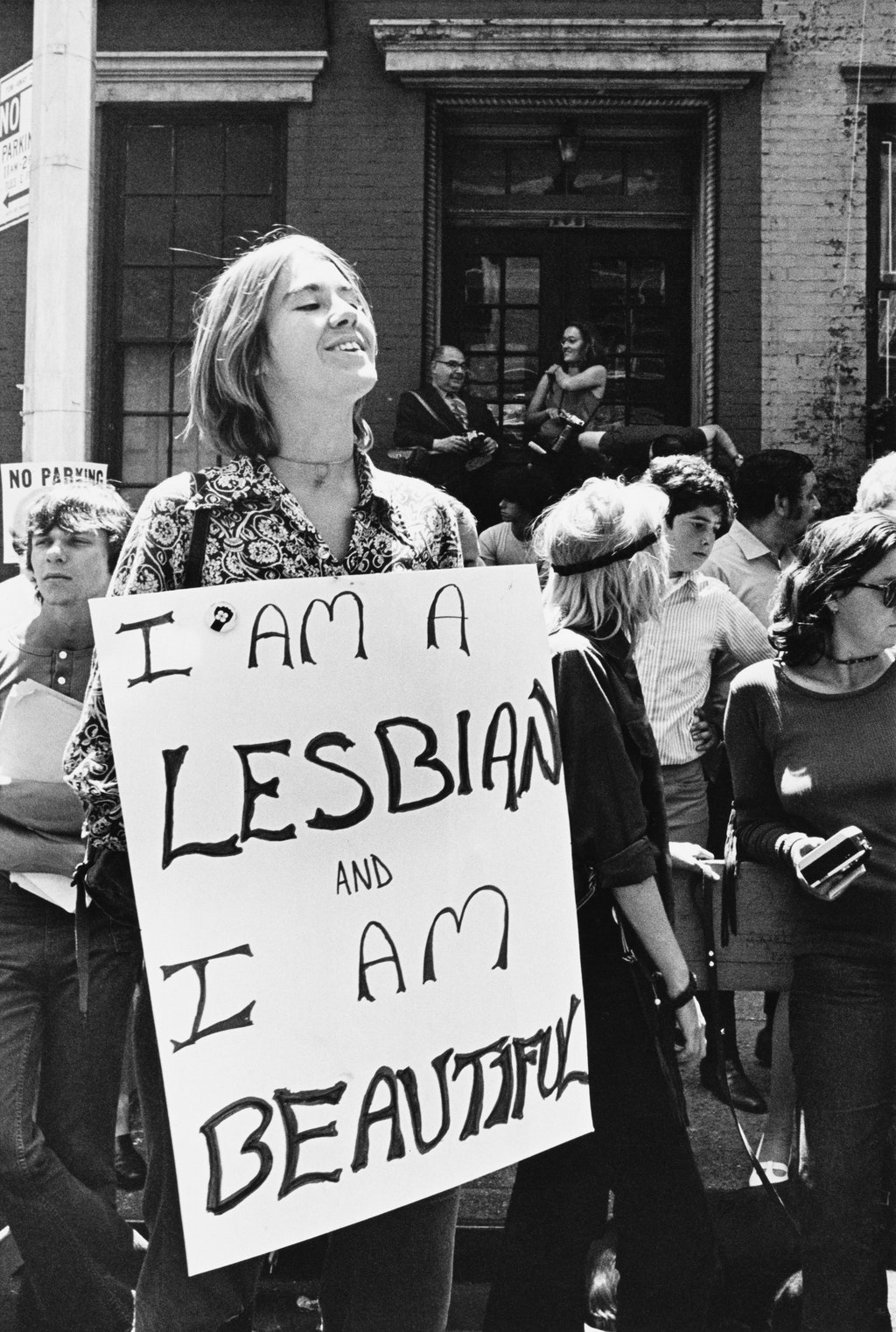 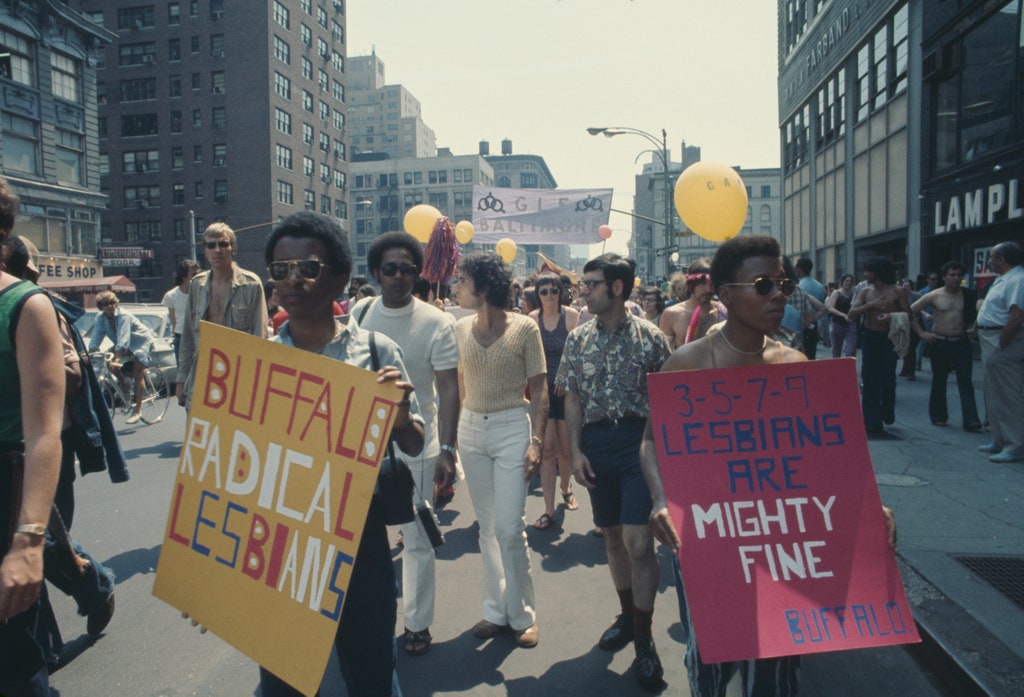 In New York in 1971, members of the Buffalo Radical Lesbian Organization took to the streets. 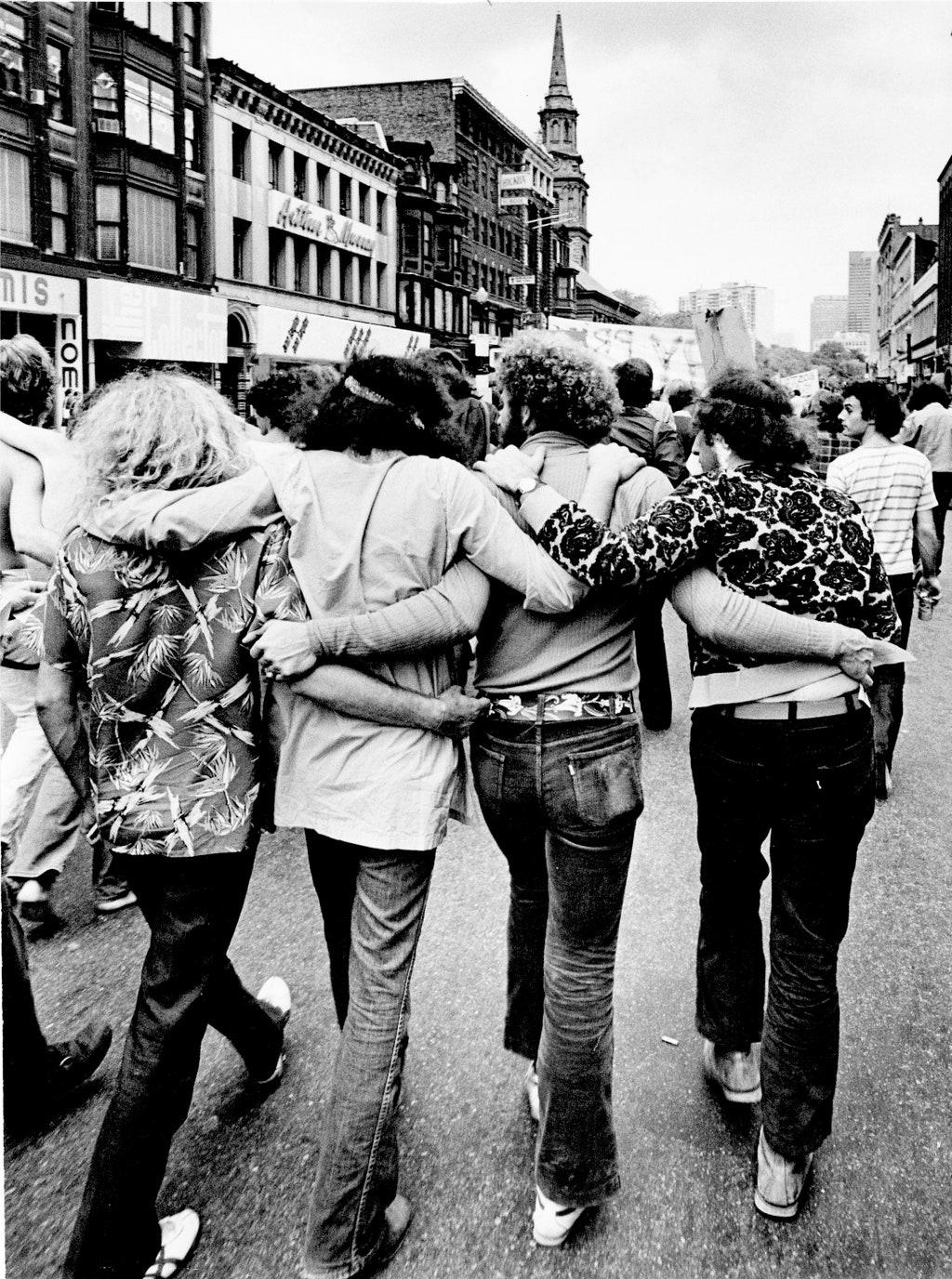 In Boston on June 24, 1972, marchers showed their cohesion on the street. 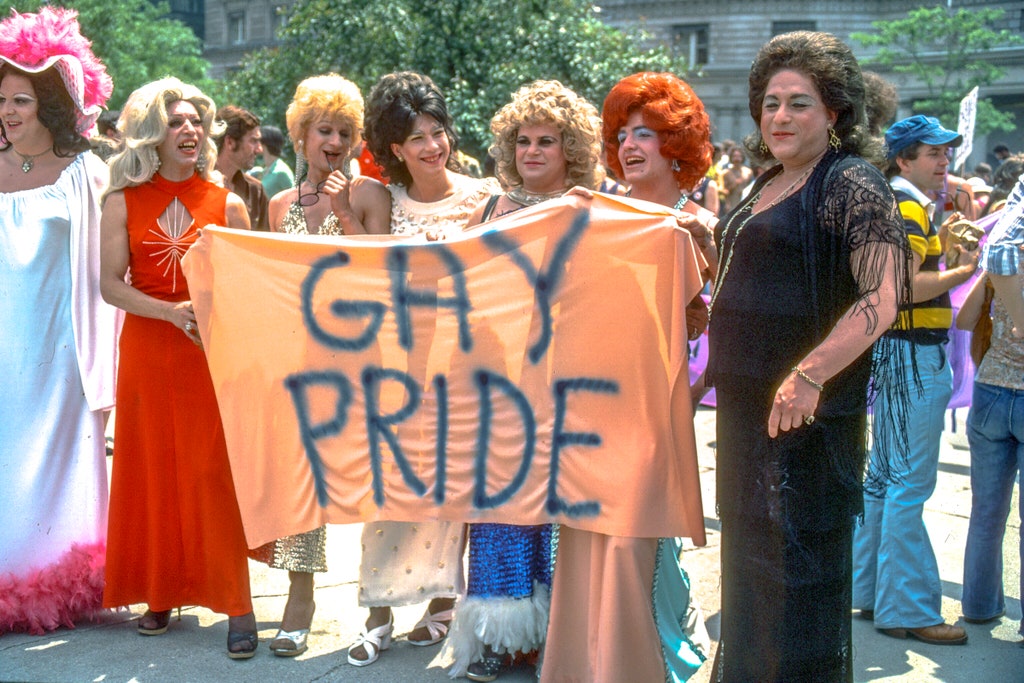 In Boston in 1977, drag queens raised the flag of gay pride. 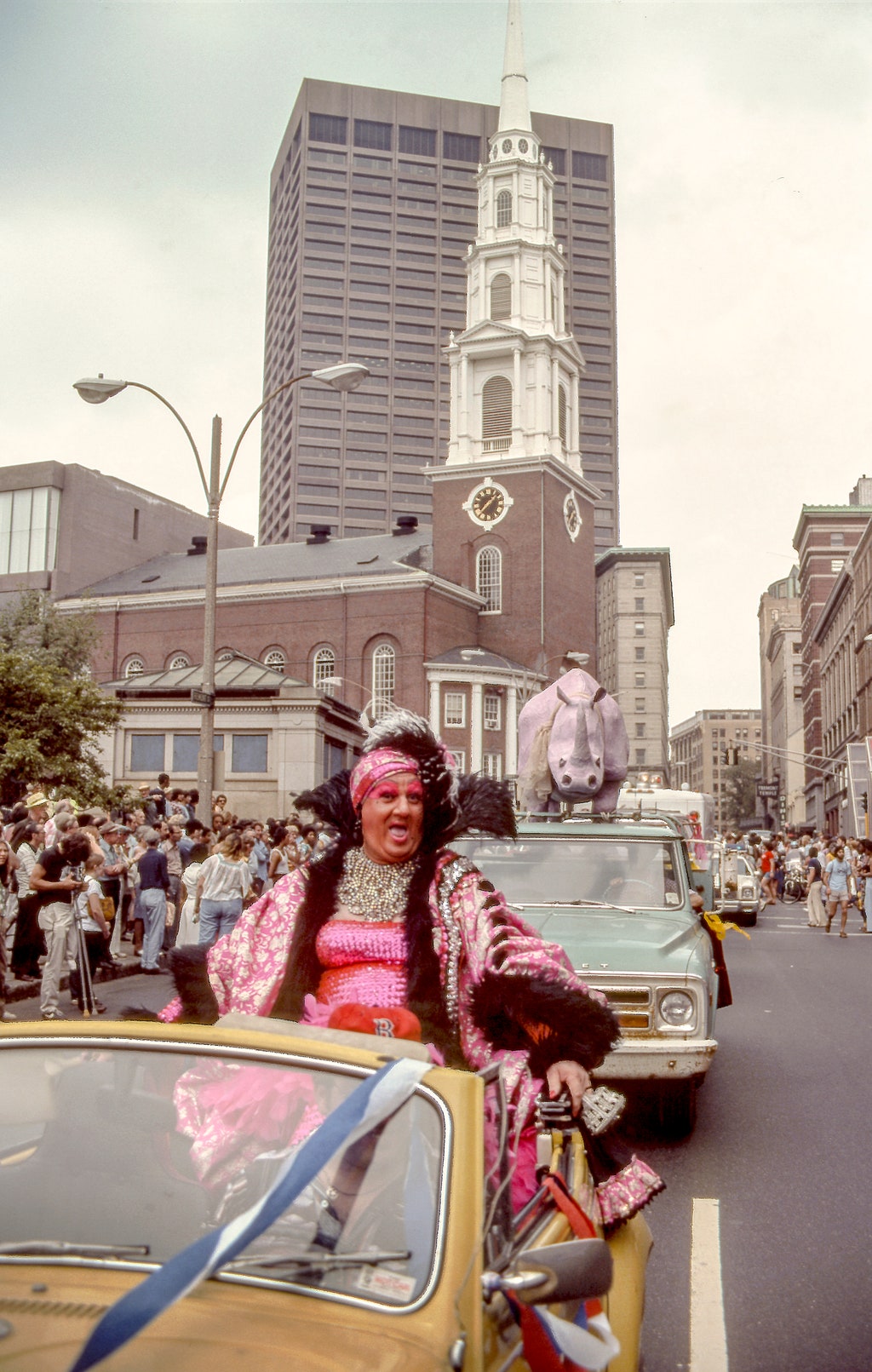 In Boston in 1978, a drag queen joined the parade in a convertible. 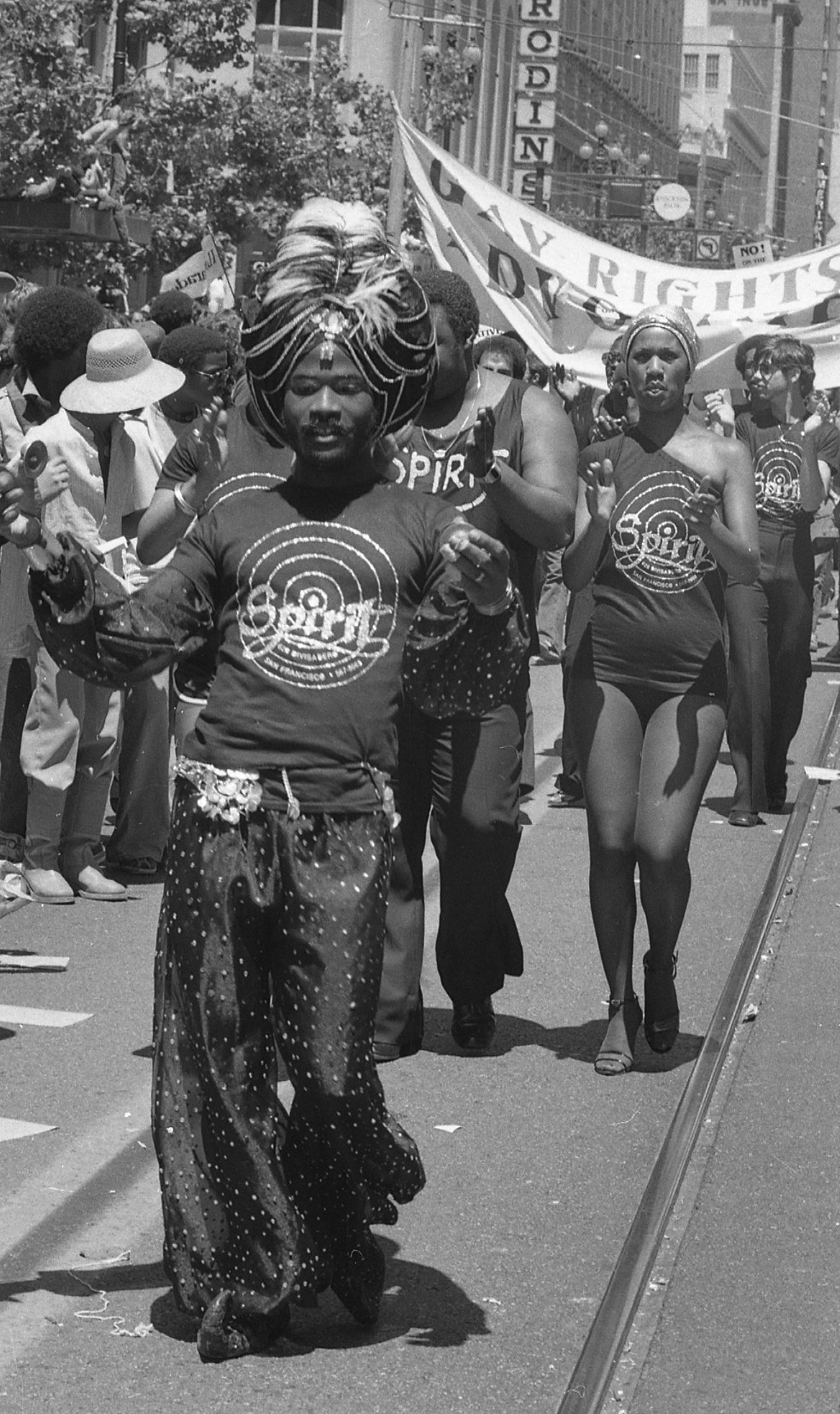 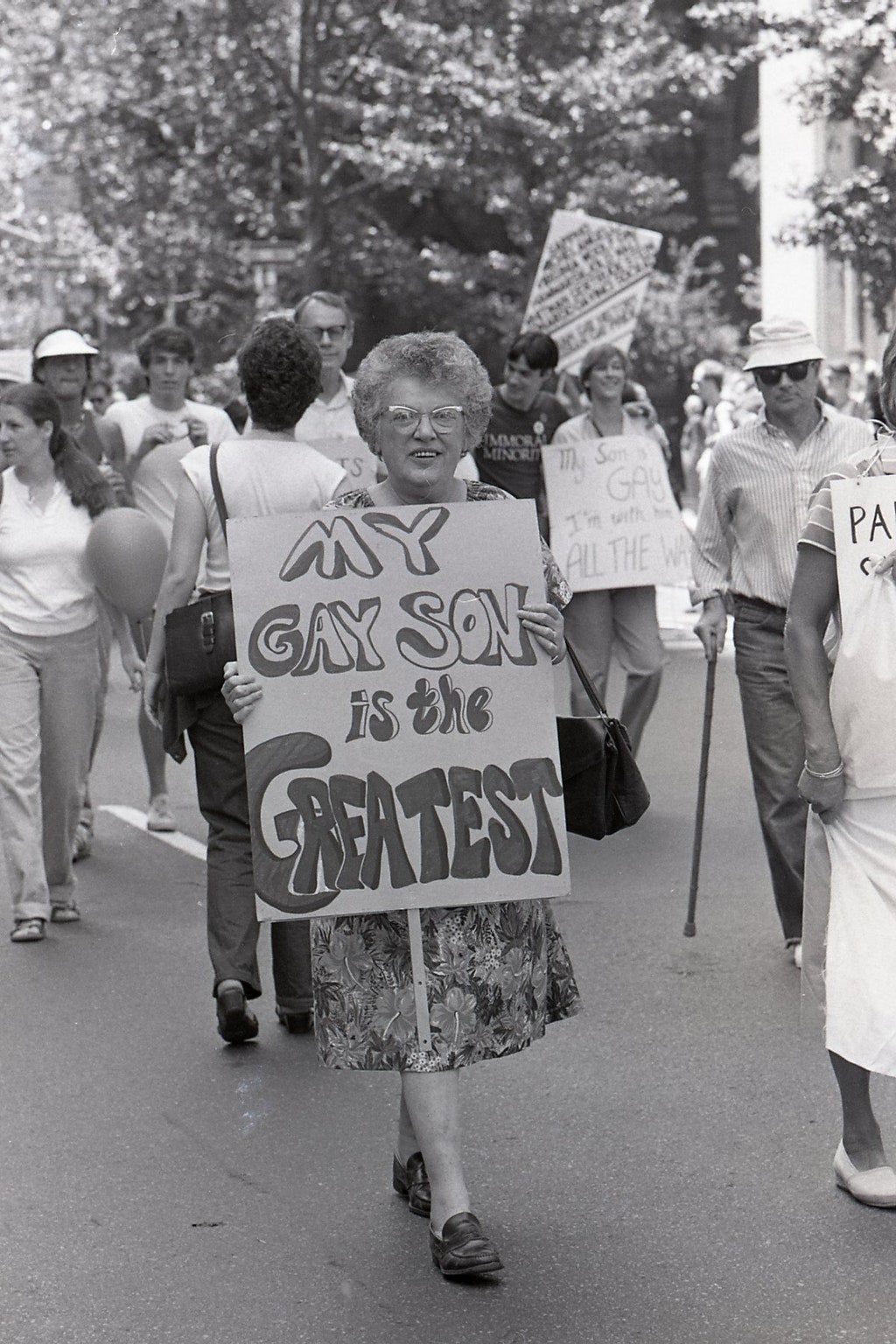 In New York in 1981, a woman took to the streets holding a slogan "My gay son is the best." 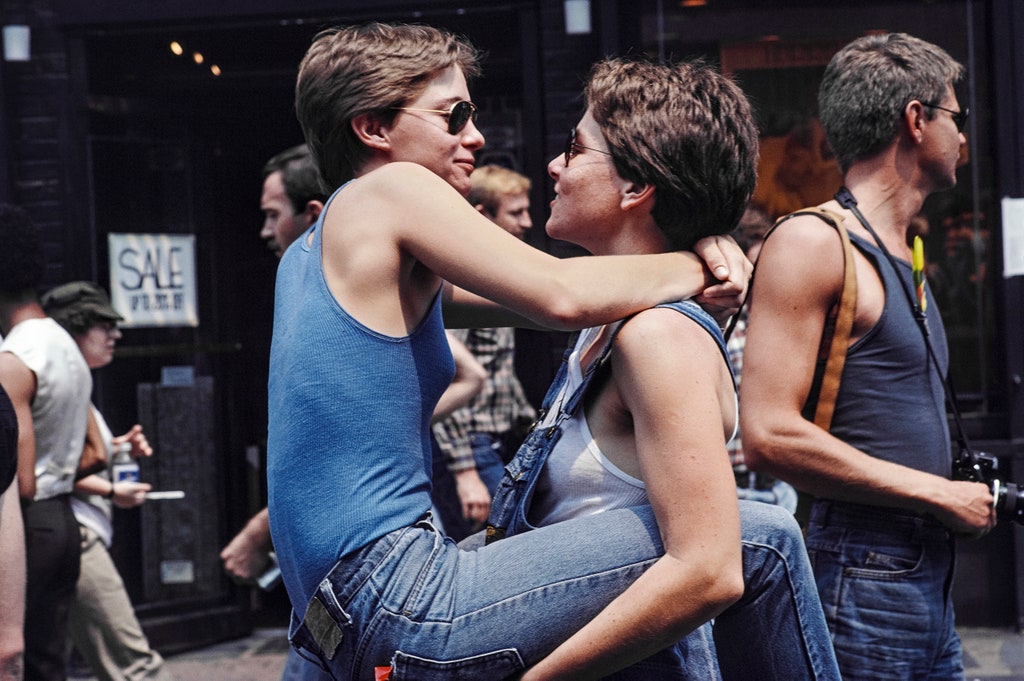 In New York in 1982, two women embraced at the gay parade. 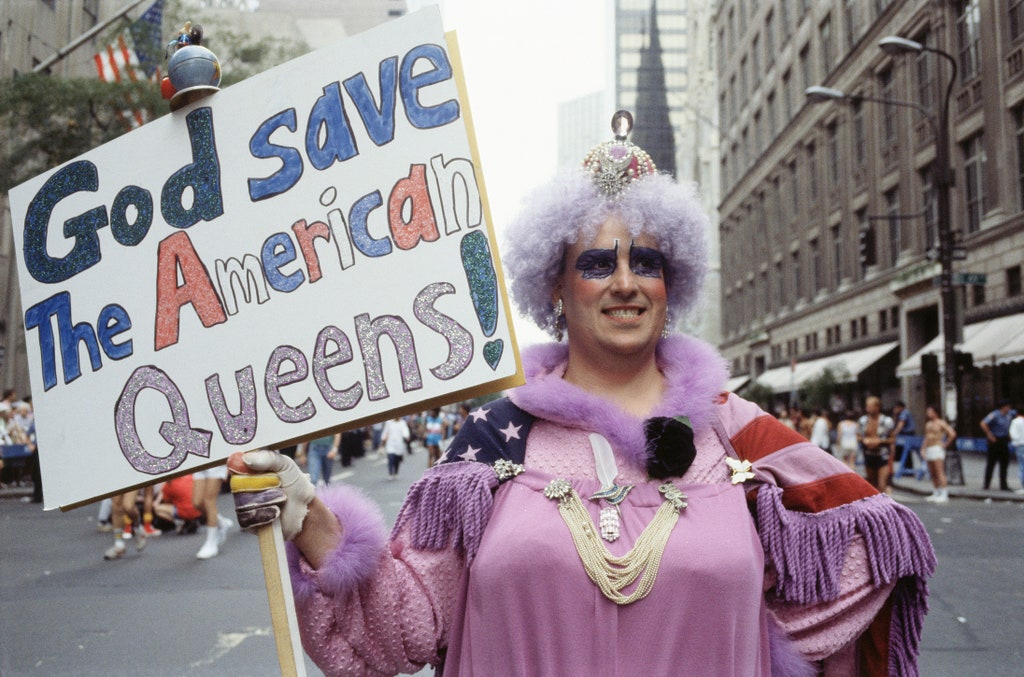 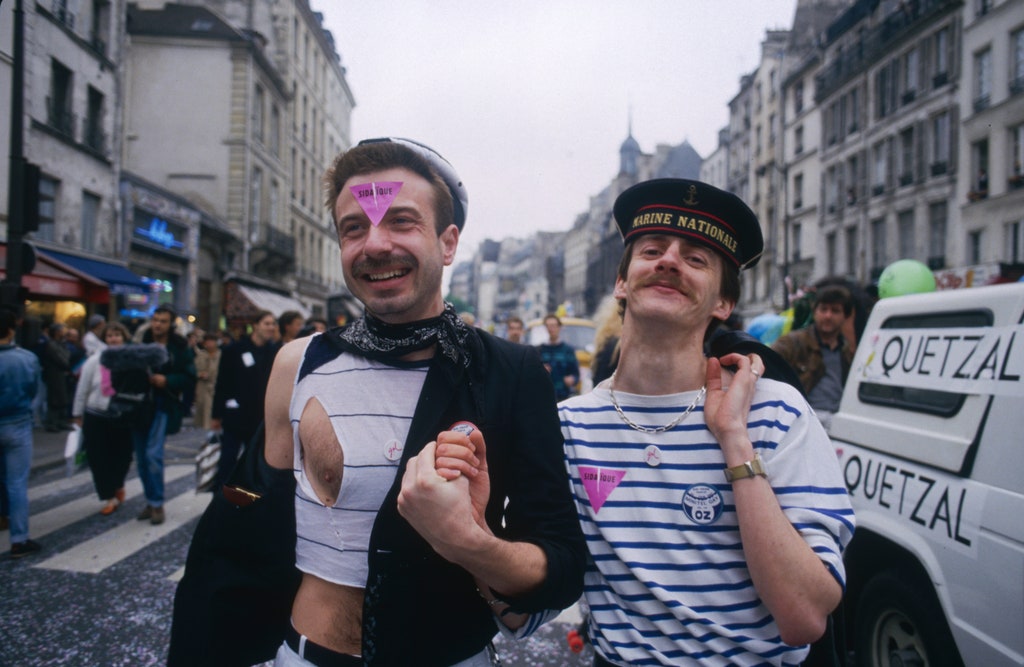 The two men expressed their views on the controversial sexual AIDS remarks made by Jean-Marie Le Pen, the leader of the French National Front at the time. In New York in 1987, a marcher stopped to let the photographer capture his beautiful appearance. 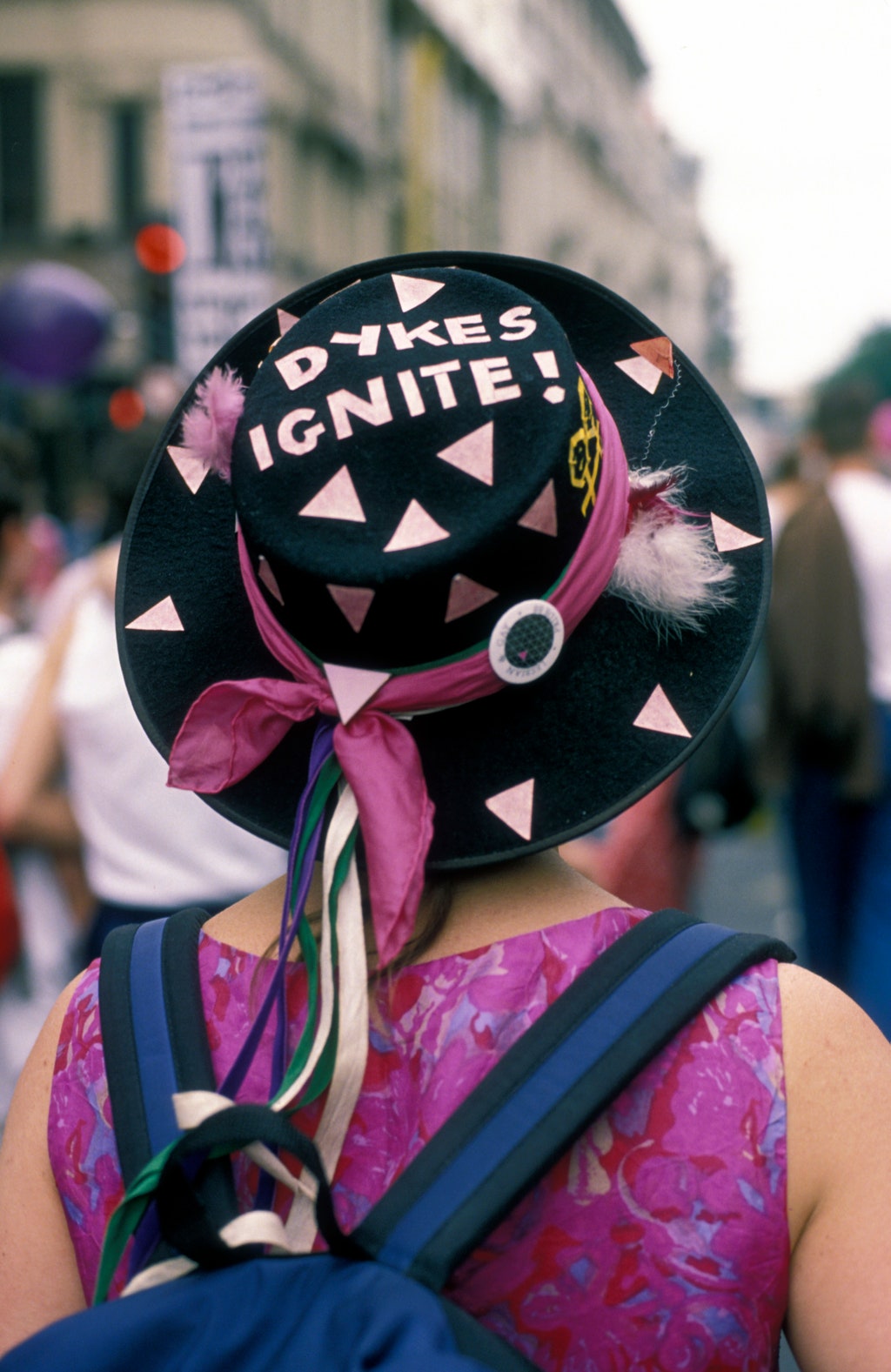 In London in 1988, women’s hats in the parade read "Lighting the fire of lesbians." 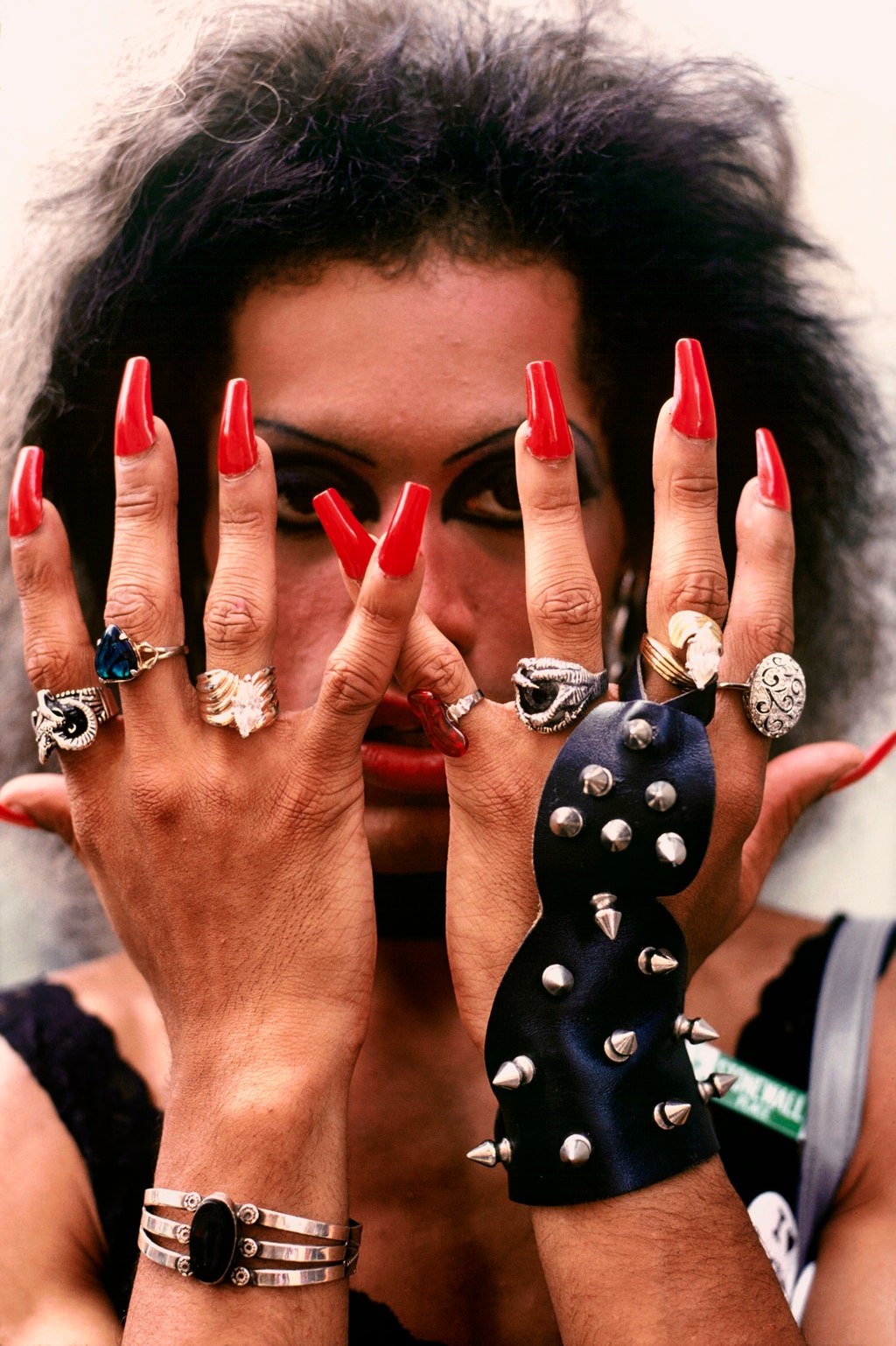 In New York on June 26, 1989, a drag queen showed off his beautiful red manicure and ring in a parade. 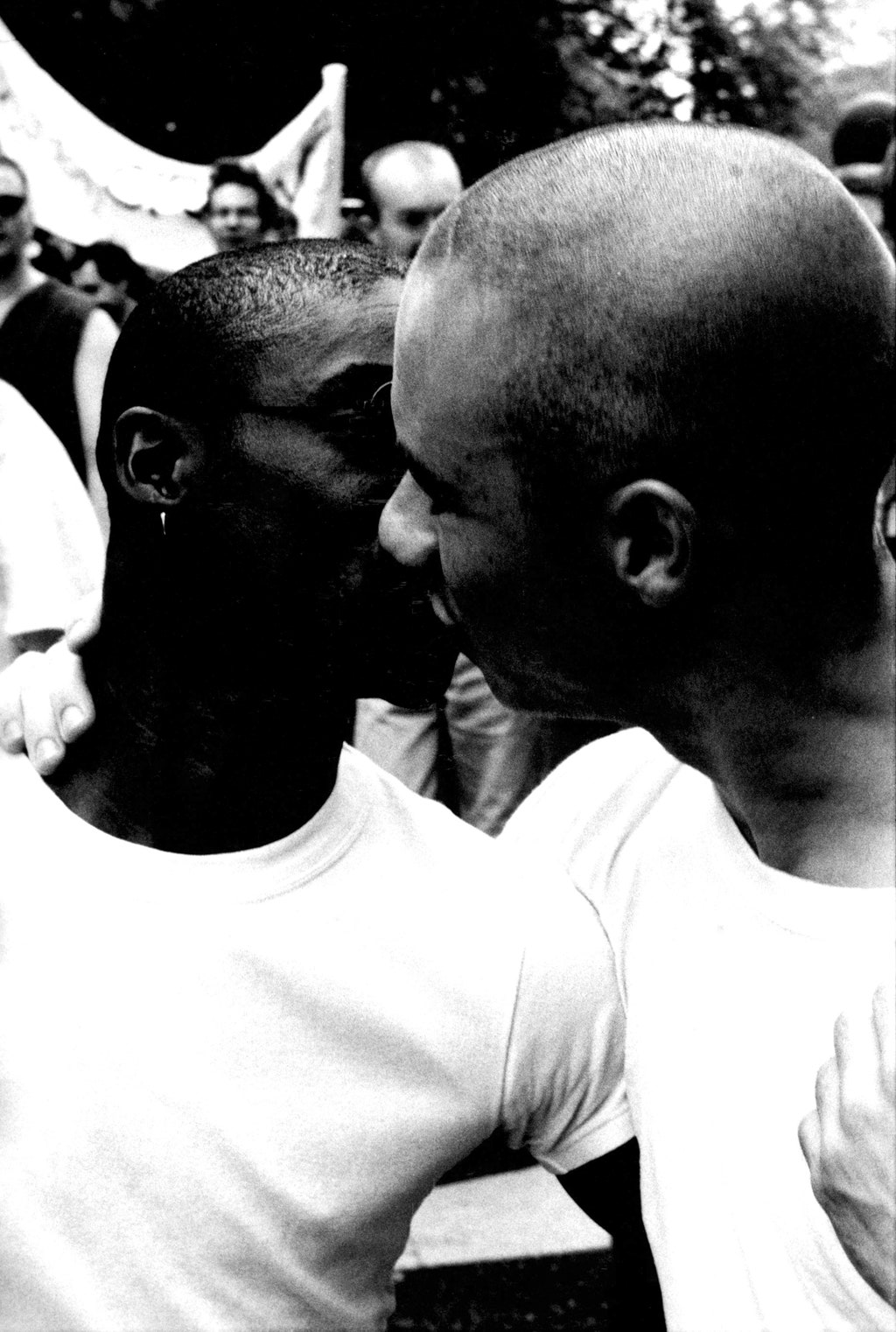 In London in 1991, two men kissed during a gay parade. 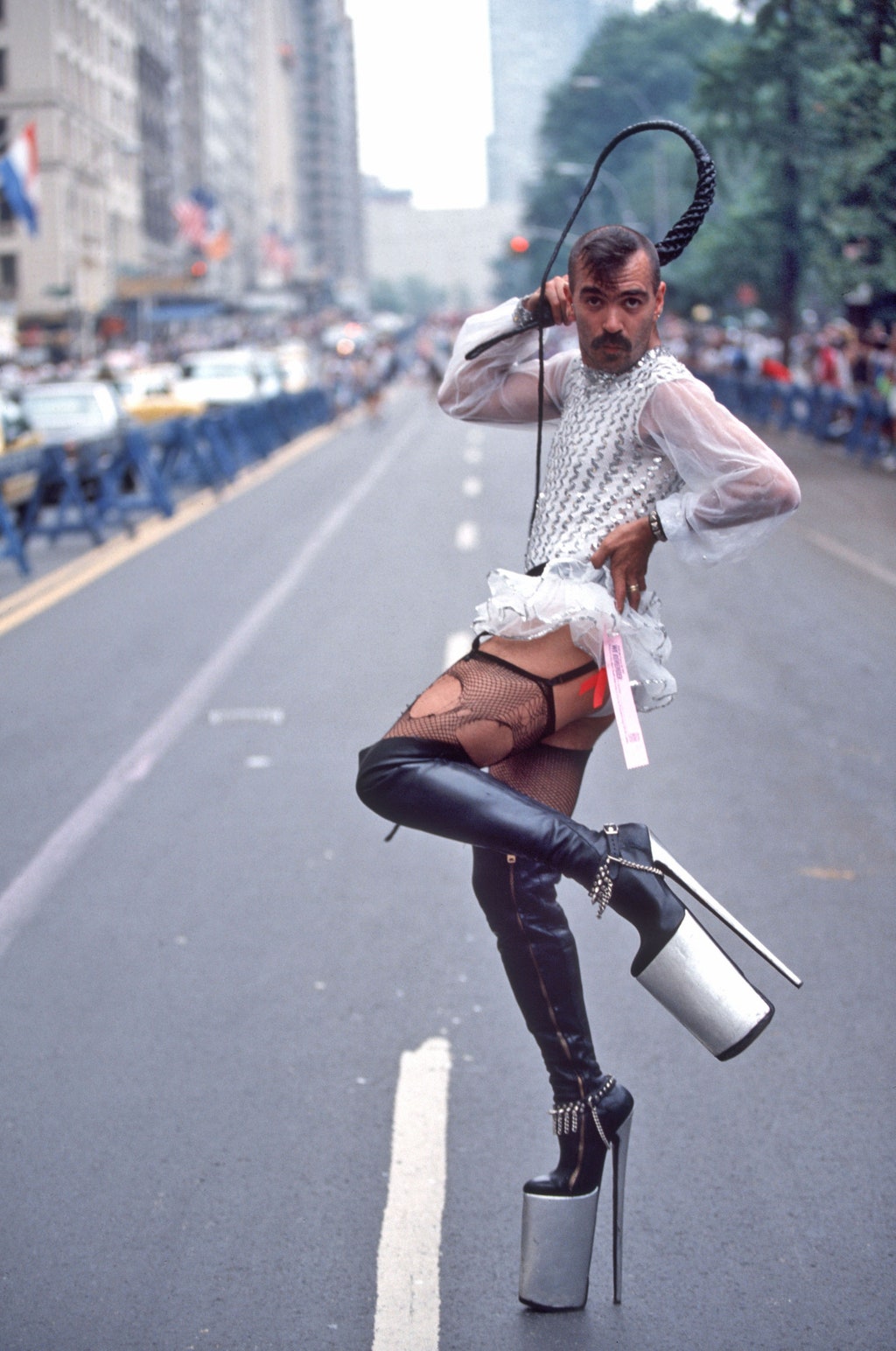 In New York in 1991, a marcher stepping on platform heels took to the streets to promote his ideas. 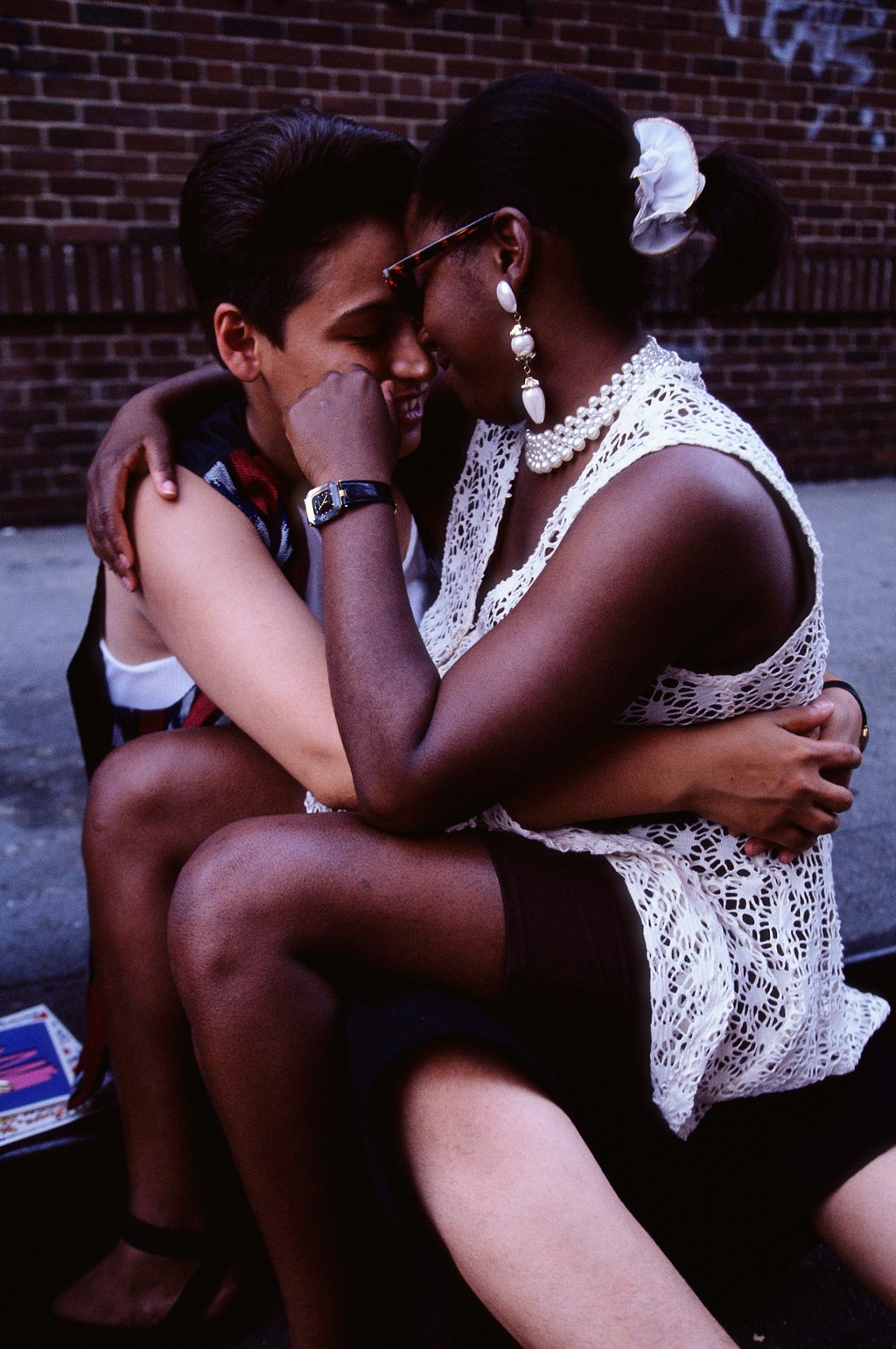 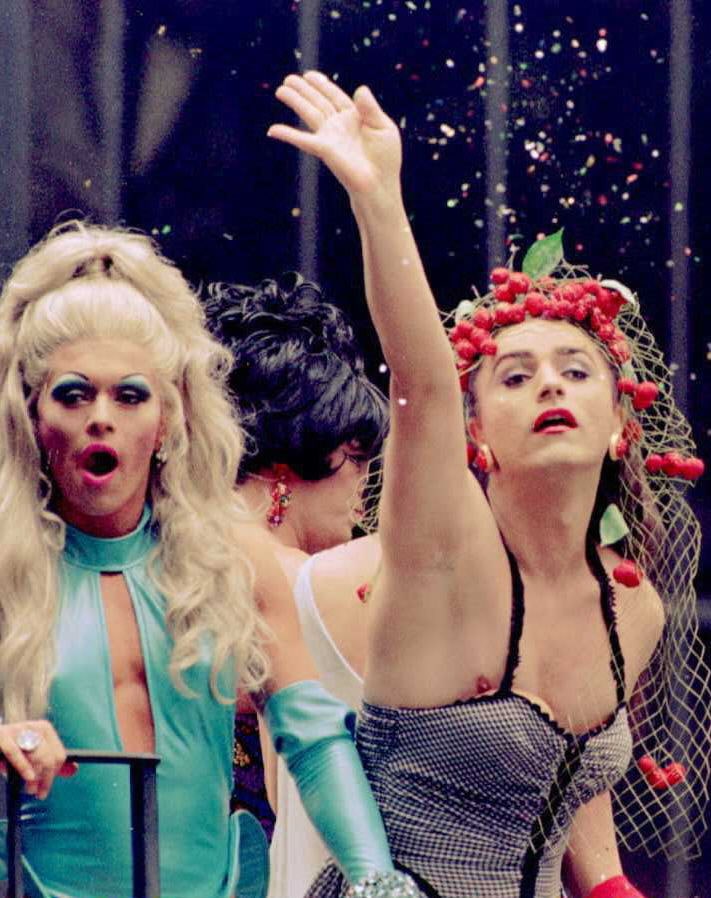 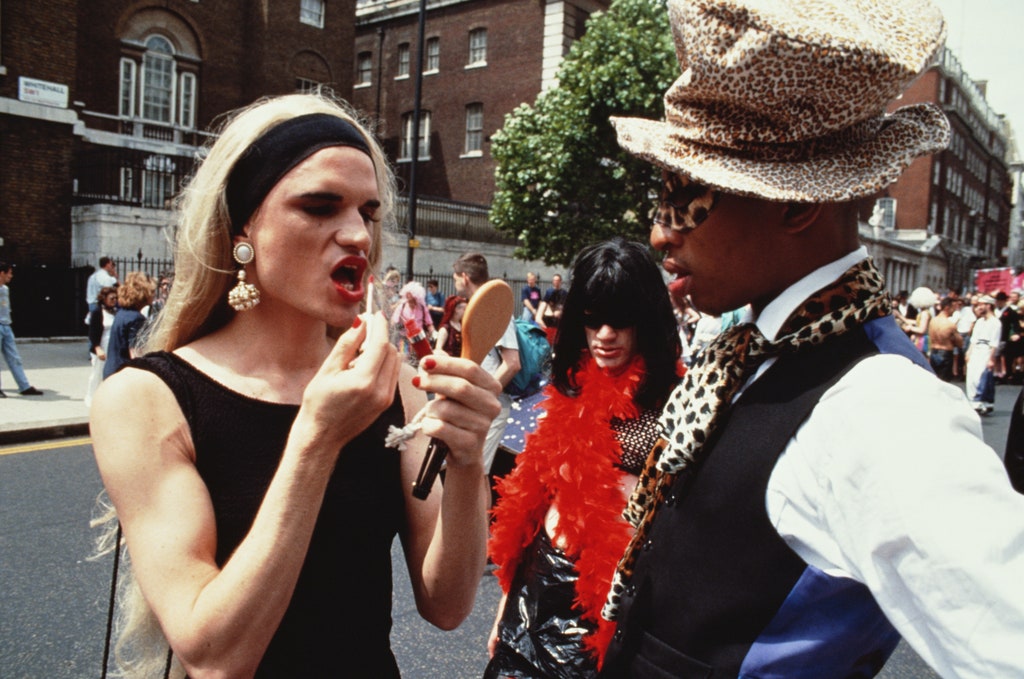 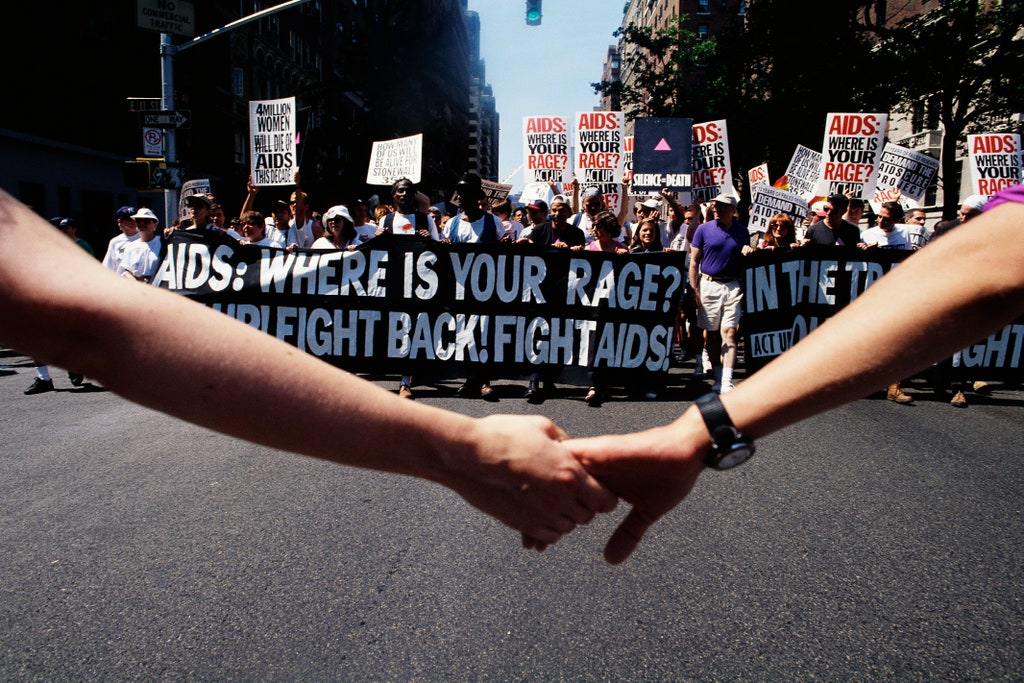 In New York, the 25th anniversary of gay pride, a large number of social activists from the AIDS Liberation Forces marched in the streets. 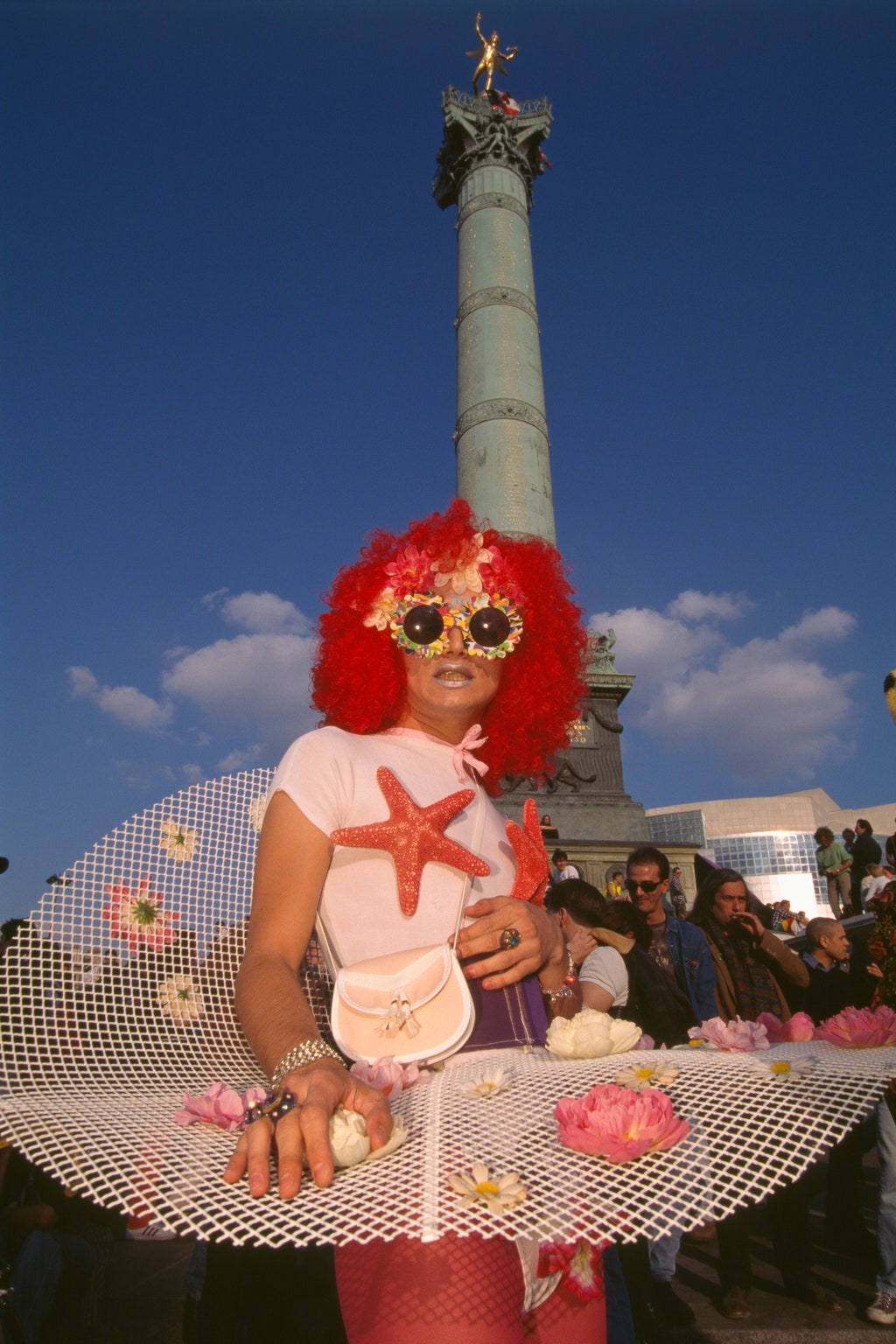 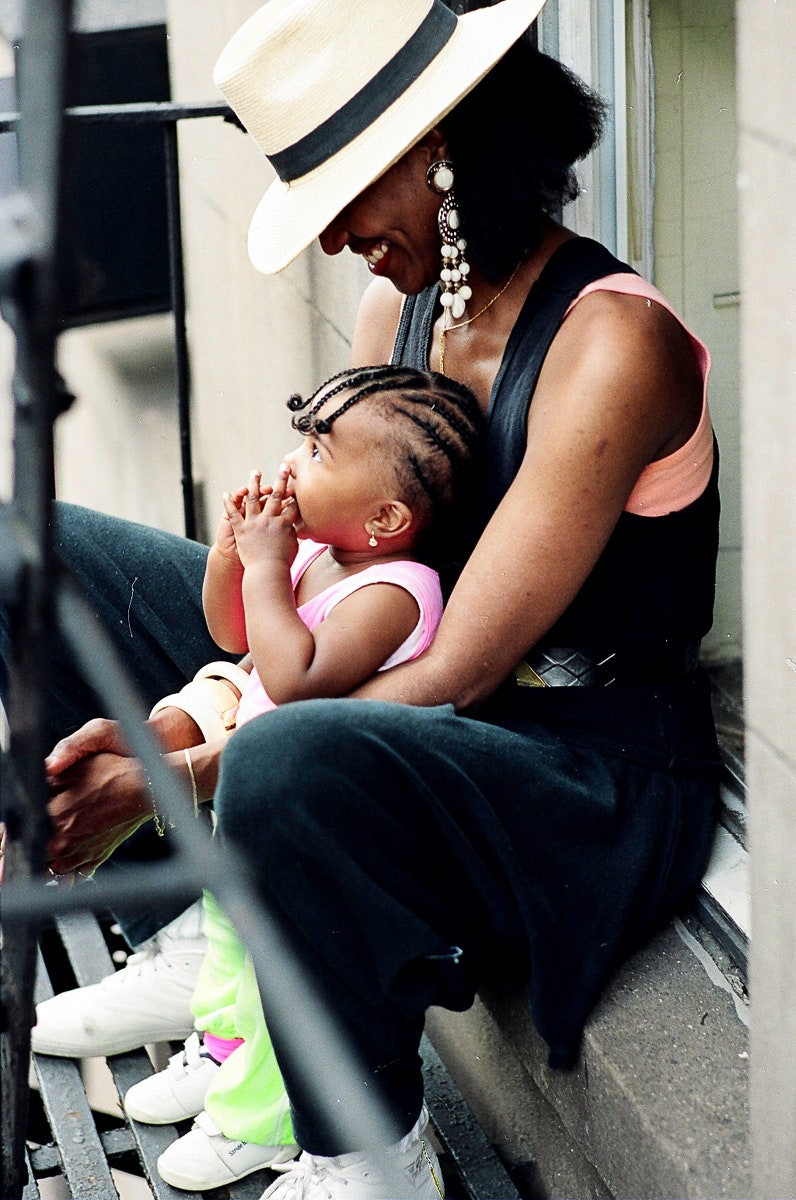 In New York in 1995, a mother and her child sat on the fire escape of their apartment and watched the parade. 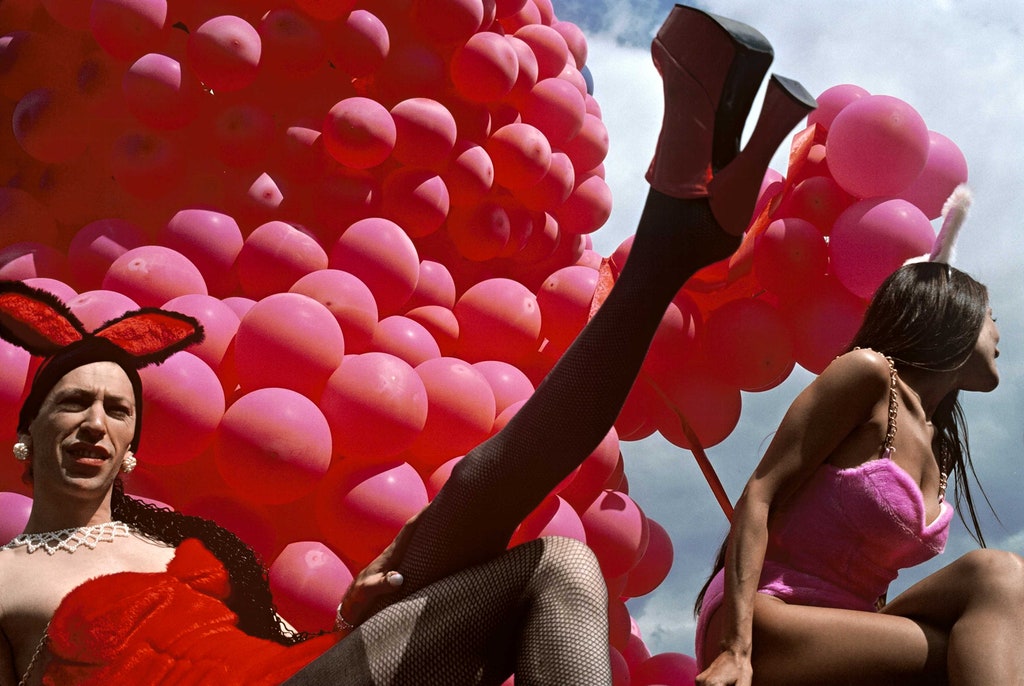 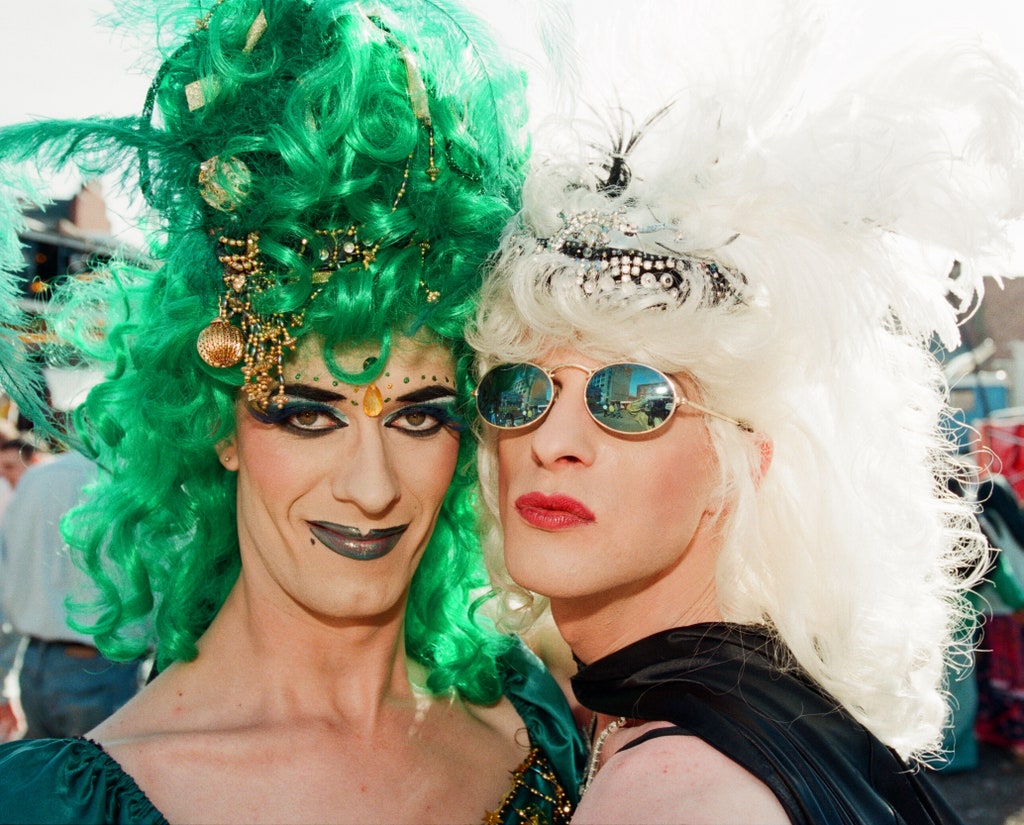 Two drag queens in a parade in Birmingham in 1997. 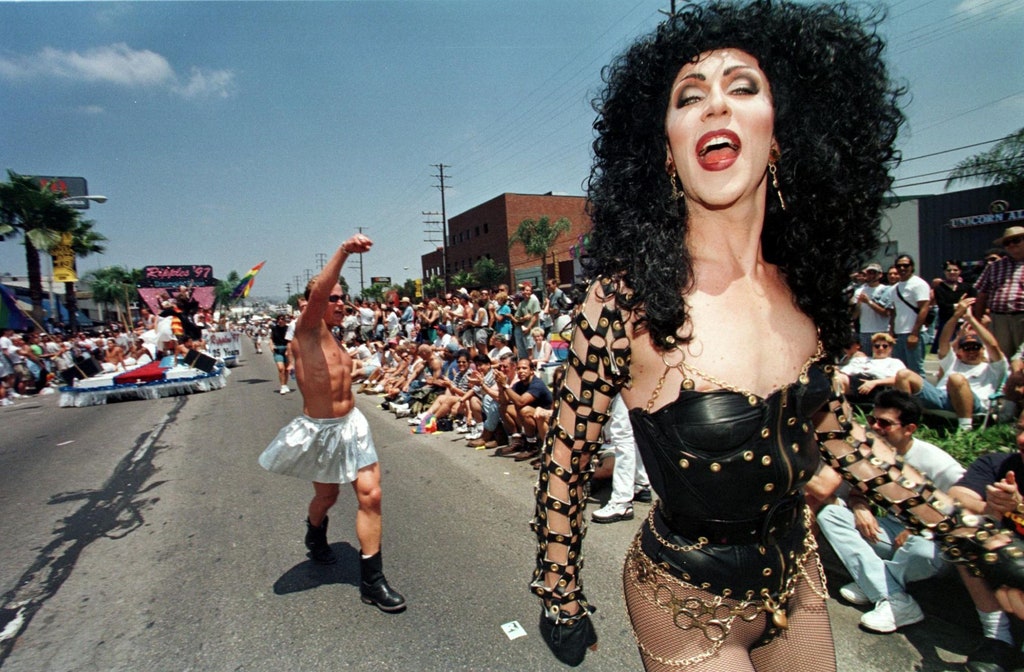 The scene of the Los Angeles Gay Parade in Hollywood on June 22, 1997.

On June 21, 1997, Oregon, Fran Peabody added color to the entertainment in the parade. 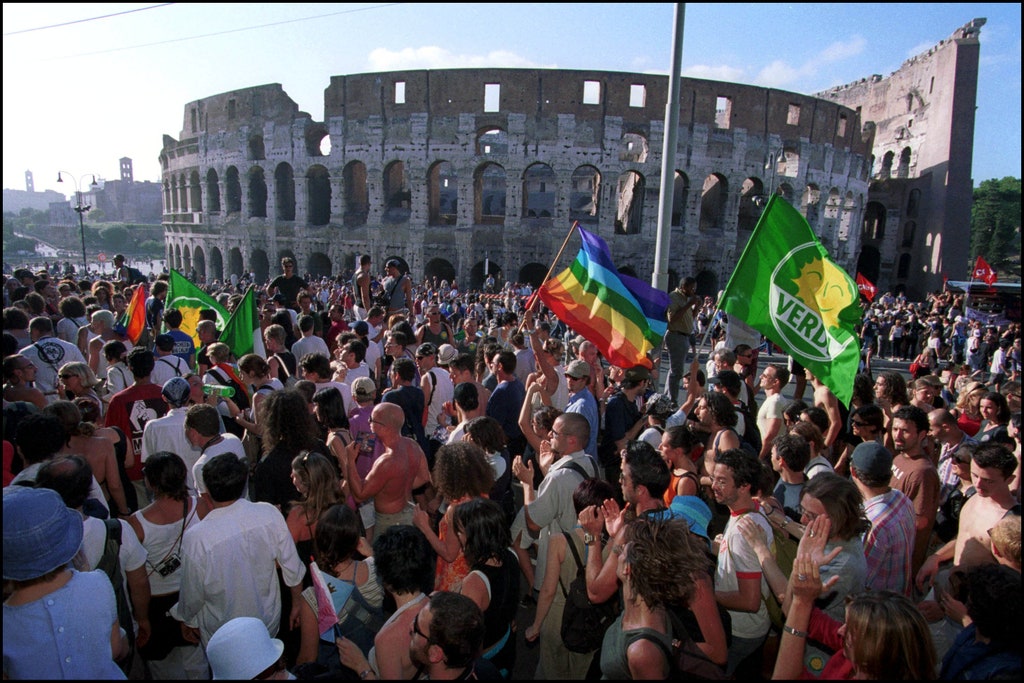 In Rome in 2000, protesters waved flags beside the Roman Arena.

In Brazil in 2013, two drag queens kissed each other on Copacabana Beach in Rio de Janeiro.